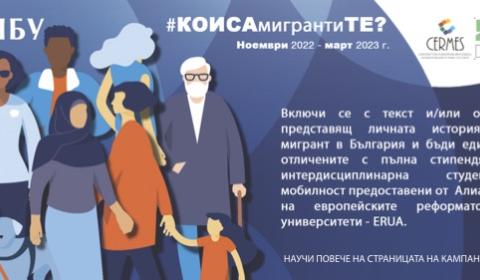 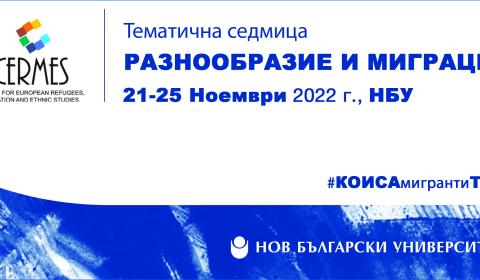 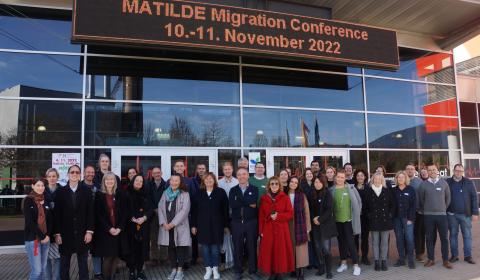 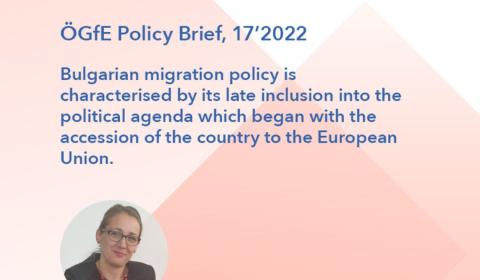 On 21 November, CERMES launched the #WhoAreTheMigrants?(#КОИСАмигрантиТЕ?) campaign to introduce the public to the personal stories of migrants living in Bulgaria as an alternative to the more popular negative narratives.
Discovering the Human Behind the Statistics and Numbers is the best way to overcome stereotypes and fight propaganda and imposed negative images.
NBU students are invited to tell the real stories of migrants in Bulgaria through words or images.
We expect interesting essays, posters, photos, and videos to be shared on social media with #WhoAreTheMigrants?(#КОИСАмигрантиТЕ?).
Find more on the campaign's social media page: https://www.facebook.com/groups/692775692114935

NBU is not afraid of diversity, which is why lecturers and students from the Centre for Migration Studies (CERMES) are organizing for the second consecutive year the thematic week "Diversity and Migration". Science, teaching, and art will open diverse horizons for understanding the links of migration with development and rights, for sharing innovative policies and practices from the world, Europe, and Bulgaria, and for building an interdisciplinary community.

21.11. |full day| NBU - Launch of the campaign "Who are the migrants?"
The aim of the #KOISAMIGRANTS? the campaign is to introduce the public to the personal stories of migrants living in Bulgaria.
Discovering the Man behind the statistics and numbers is the best way to overcome stereotypes and fight propaganda and imposed negative images.
NBU students are invited to tell the real stories of people like us through words or images and share them on social media with "Who are the migrants?"
We welcome your texts or short video stories

23.11. |9.30| UNHCR office - field visit for students from the migration courses of the Political Science Department to the UNHCR office
You will be able to learn about the work of the largest, global organization whose mission is to save lives, protect rights and build a better future for refugees, forcibly displaced communities and stateless people.

24.11. |18.00| Aula, NBU - screening and debate on "Forced Labour, Slavery and Human Trafficking in the 21st Century"
Two short films will be screened, on the basis of which the human trafficking prevention campaign "Can you see me?" is based, presenting the different ways of involvement and forms of exploitation.
The campaign for the prevention of human trafficking is implemented in partnership with the National Commission on Human Trafficking and the A21 Campaign Foundation, with which New Bulgarian University has a framework agreement for cooperation.
The event will also include an interdisciplinary discussion on the problems of human trafficking and how this type of crime affects every sphere of state and public life - politics, law, security, business, competitiveness, etc.

25.11. |All day| 601 office, building 2 of the NBU - open day of the Center for Migration Studies.
You will have the opportunity to meet the dynamic team of researchers and the Center's diverse activities in the fields of migration and refugee policies, populism, citizenship, and civic mobilizations. At the open day, you will have the opportunity to learn more about the internship opportunities at the Center for Migration Studies. 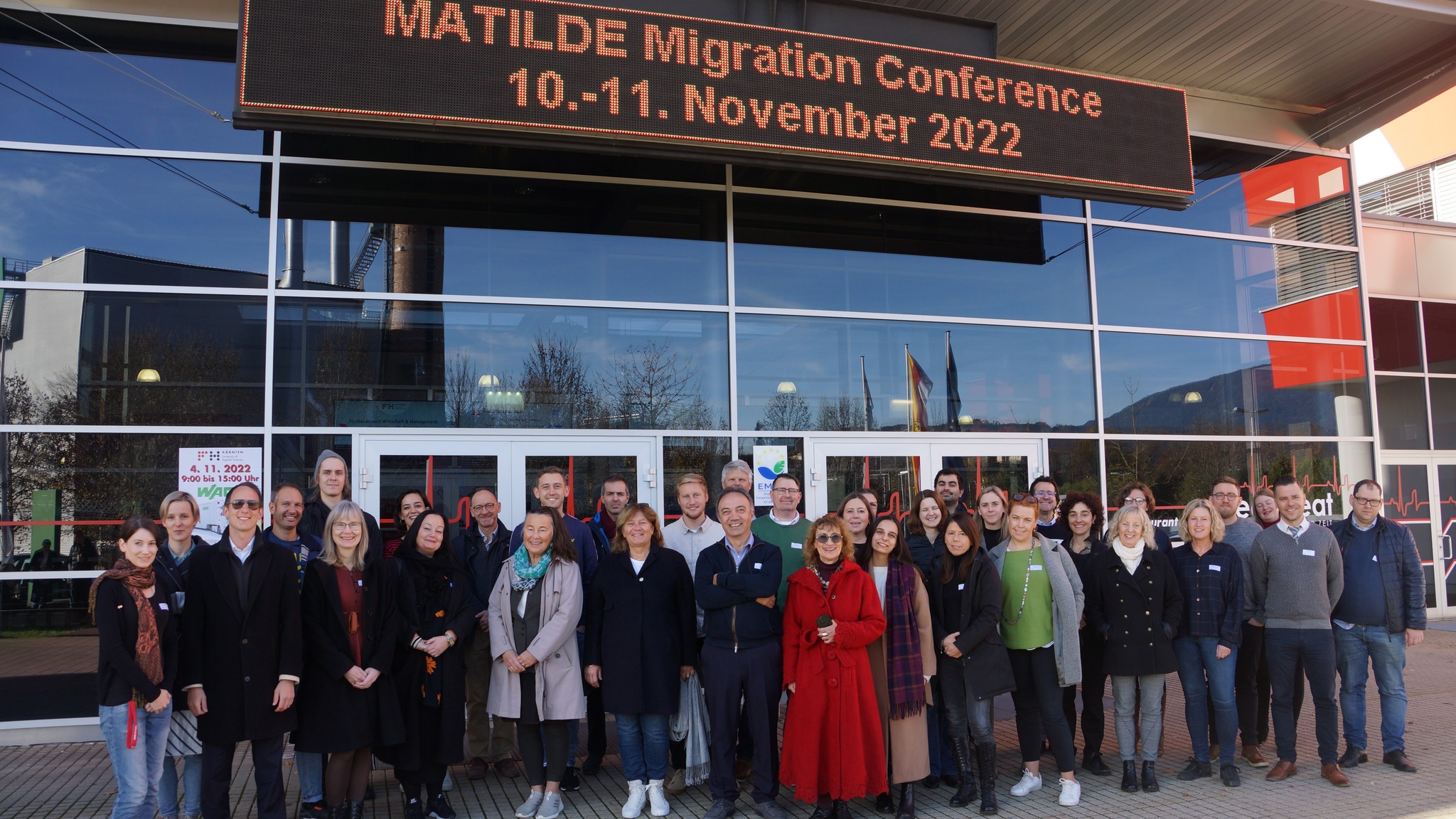 On 10-11 November 2022 was held ‘The International Matilde Migration Conference: #Migration and #Rural Development’ in Villach Austria.

The aim of the event was to present the MATILDE project’s main research findings and to create space for dialogue between researchers, policy-makers and various social and economic milieus in order to provide better responses to the challenges posed by migration and integration governance.

The theme of first day of the conference was “Inclusive and Engaging Rural and Mountainous Areas”. Social, economic and cultural impacts of migration in rural areas within the scope of the MATILDE project were discussed with panel and roundtable meetings. The event gathered more than 130 participants from 29 countries.

During the session ‘Local transformations through migration-Spotlight on selected MATILDE case studies’ prof. Anna Kratseva, leader of the Bulgarian MATILDE team, presented the Reterritorialisation and revitalisaition of remote regions’ through the intriguing results and observations from the rich action research in the frame of the project conducted in the region of Haskovo and Harmanli, Bulgaria. 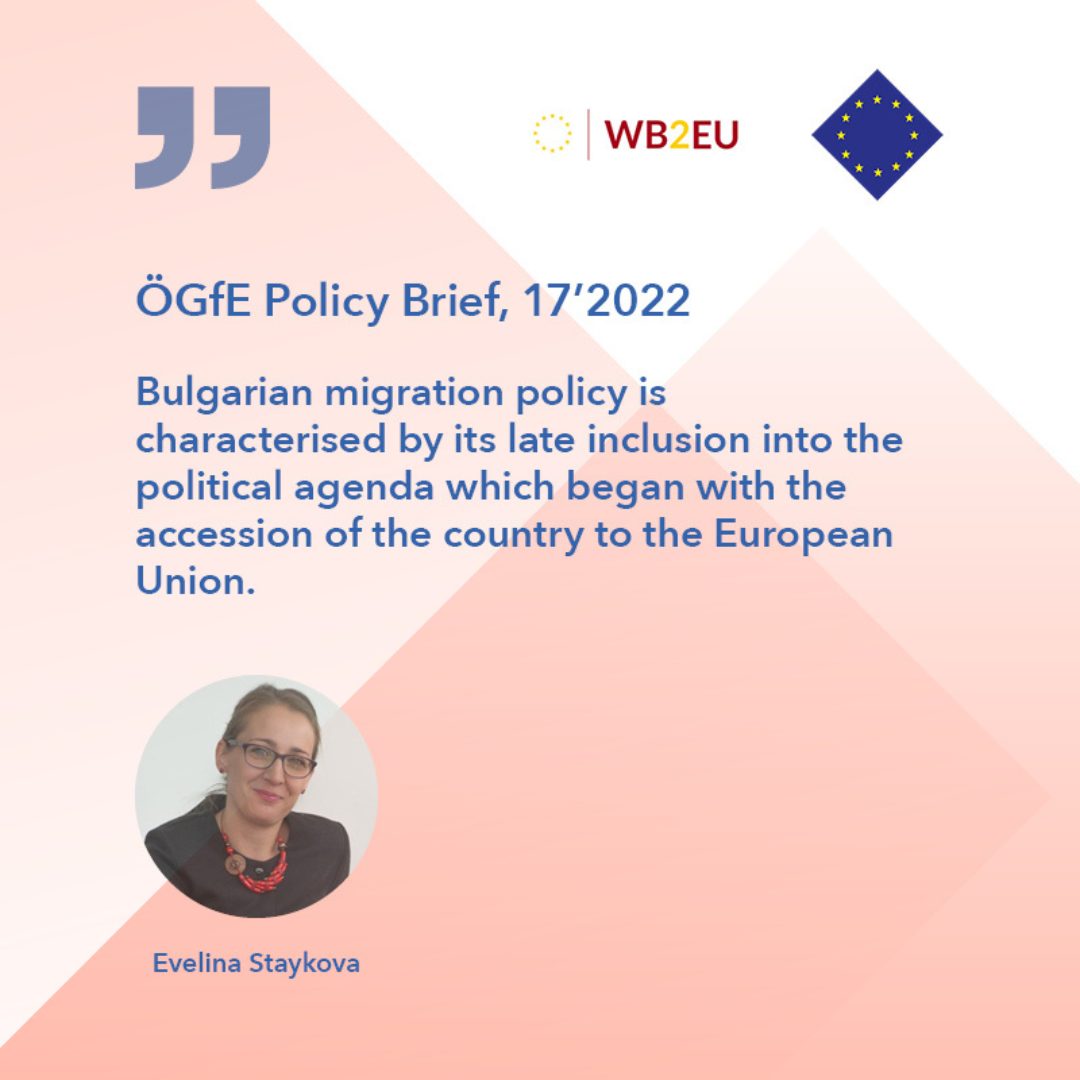 in the frame of the #WB2EU project.

1. Identifying and managing the main obstacles to return.

2. Ensuring better interconnectedness between the ‘diaspora’ and the policies of

3. return migration in order to facilitate return and re-integration.

4. Developing a comprehensive package of measures dealing both with decisions

5. to emigrate and return.

6. Better implementation of the national policies and strategies in the field of migration.

The Policy Brief is published in the framework of the WB2EU project. The project aims at the establishment of a network of renowned think-tanks, do-tanks, universities, higher education institutes and policy centres from the Western Balkans, neighbouring countries and EU member states that will be most decisive for the enlargement process and Europeanisation of the region in the upcoming years. The WB2EU project is co-funded by the European Commission under its Erasmus+ Jean Monnet programme.

HUMAN RIGHTS IN AN ERA OF CRISES

The event aims to analyze the challenges facing the theory, teaching, and practice of human rights protection in the context of multiple and overlapping crises of a national, regional, and global nature. 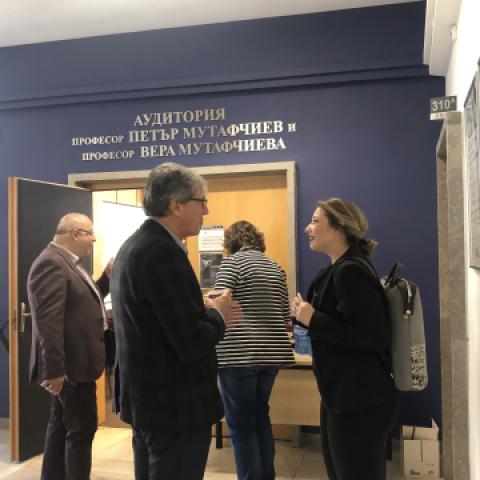 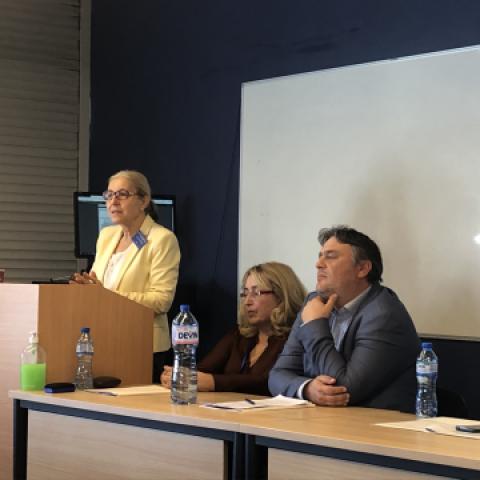 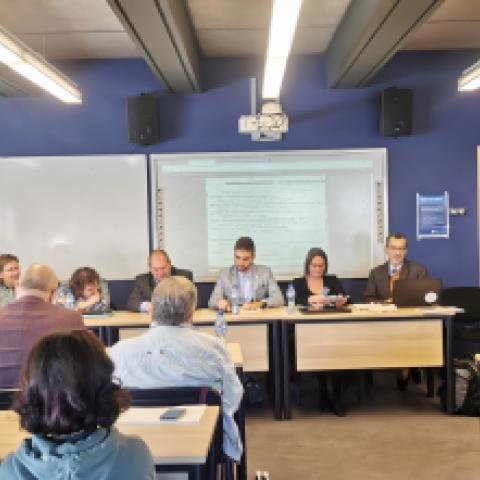 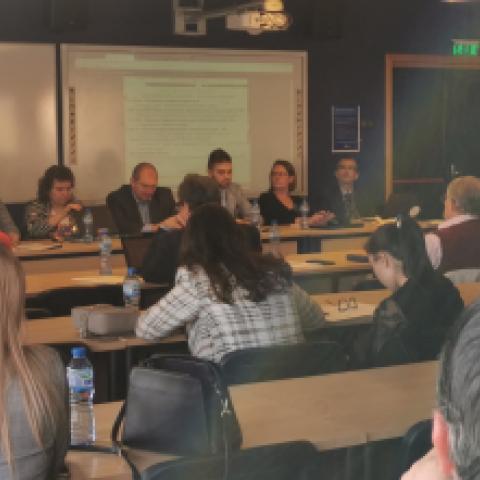 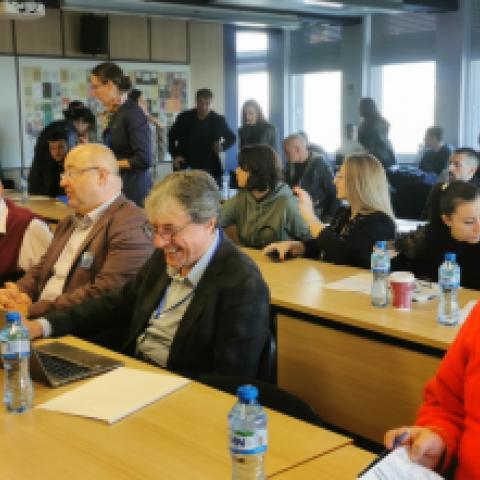 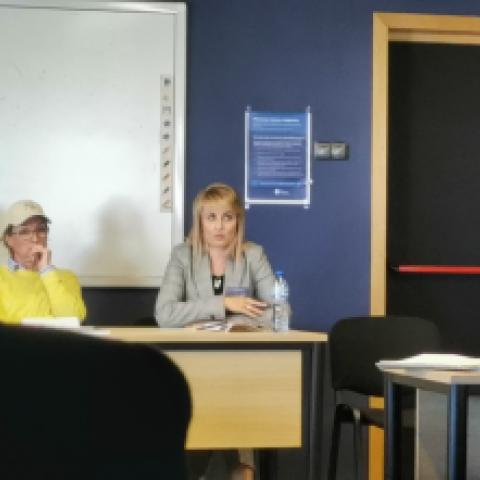 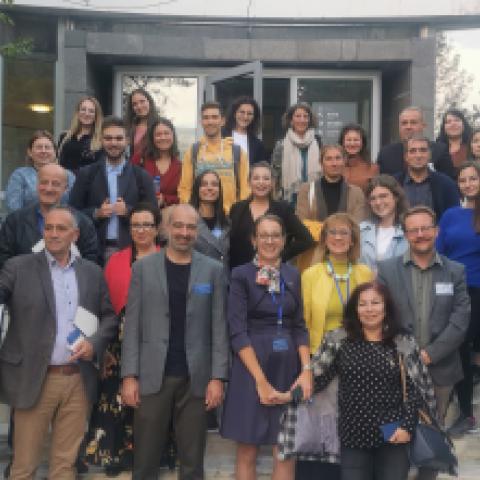 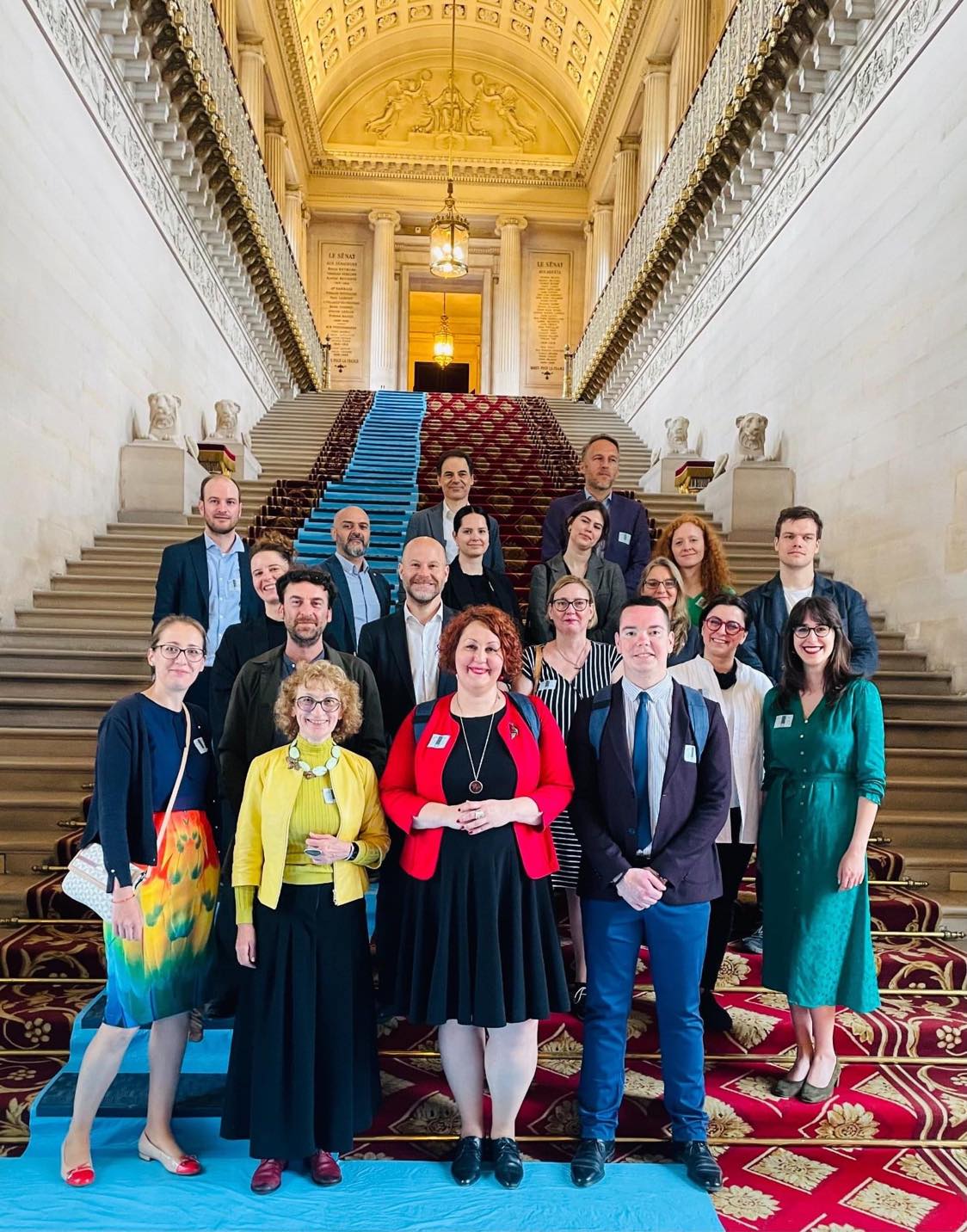 Right in between the tail of the presidential race and the head of the parliamentary elections, our WB2EU 4th Ideas go public Lab will focus on the general politics of enlargement in France. The Russian aggression on Ukraine has rekindled a movement of solidarity and mobilisation akin to those of 1956 for Hungary, 1968 for Prague or the 1980’s for Poland. The reconfirmation for Ukraine of its European destiny, in the face of war, and its domino effect on Georgia and Moldova, triggered a refreshed interest in the French public and political spectrum, for the EU’s enlargement goals and processes. In this regard, we found relevant to reflect on what this novel context could mean for the Balkans’ path into the EU. And the associated political narratives and plays.

Following the usual pattern, the WB2EU Ideas go public Lab will have an afternoon specialist round table, an evening public event – followed by a formal get together – and a WB2EU Network meeting for debriefing and reflecting on the next steps in the framework of the project.

So, the WB2EU 4th Ideas go public Lab will serve the following purpose:

The Western Balkans EU accession process in a French perspective

Partners invited to the discussion: Institut Montaigne, ECFR-French office, Heinrich Böll Stiftung Paris, Fondation Jean-Jaurès, Fondapol, Groupe d’Etudes Géopolitiques, diplomatic circles in Paris. Bearing in mind the possible changes in the institutions after the April presidential election, the cabinet of the French president and the Secretary for European Affairs will be represented.

Nebojsa Vukadinovic, Expert for the European Commission on pre-accession funds

Registration and livestreaming (for the public debate):

Migration and Populism in Bulgaria 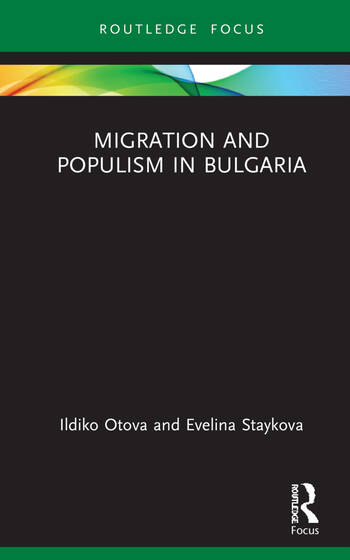 Focusing on Bulgaria, this book addresses the key issues of migration and populism, which have grown to become dominant topics of debate within Europe and across the world over the last decade.

Ildiko Otova and Evelina Staykova trace the history of migration and populist discourses within Bulgaria from 1989 until the present day. The authors analyse how a lack of clear and coherent migration policies on migration over the years left Bulgaria unprepared for the 2015 European migrant crisis, thus leaving the door open for populist ideology to help shape public perceptions and narratives of migration as a menace and burden to society. Far from being confined to the extreme fringes of the political spectrum, Otova and Staykova reveal how populism has increasingly been co-opted by mainstream parties. This shift to the middle ground has led to what they claim to be a ‘normalisation’ in populist rhetoric, giving legitimacy to attitudes towards migration as a threat to society, which they argue, in turn, renders constructive policymaking far more difficult.

Adopting an interdisciplinary approach, this book is an important tool for postgraduate students and researchers of Political Sciences, Migration Studies, European Studies and European History, as well as practitioners working in the field of international migration and asylum. 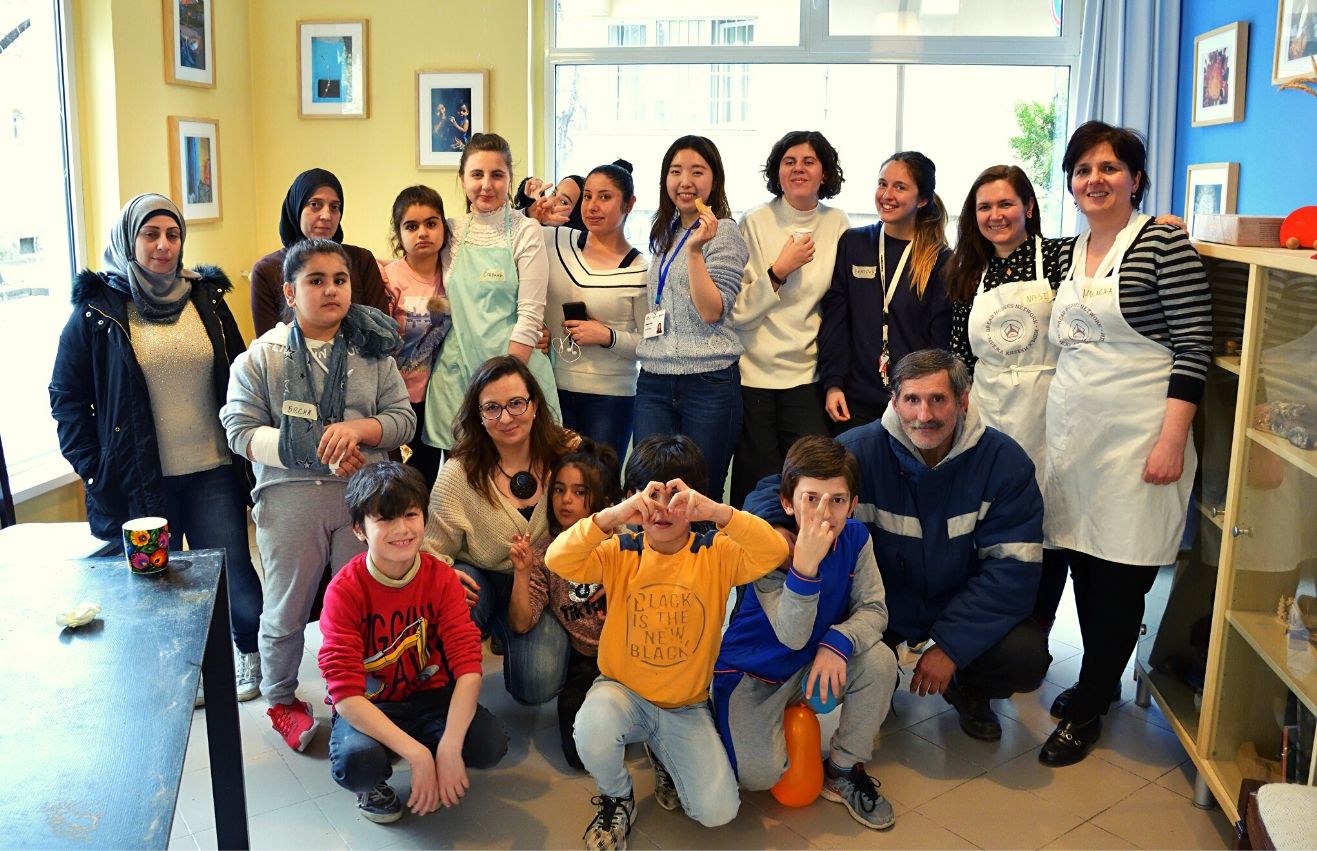 Today, part of the CERMES team enjoyed the multicultural atmosphere of Sofia Bread House. Ildiko Otova and Stefani Bogomilova met with children from accommodation centres for asylum-seekers to make bread together as they share their experiences. The Bread House has been constantly proving itself to be a successful model of a socio-cultural centre in Sofia since 2012, gathering  various groups of people around bread with the motto "Knead to mix."
The team visit is part of the preparation of a short film on solidarity through art and social practices which will be presented within the DETECT project. 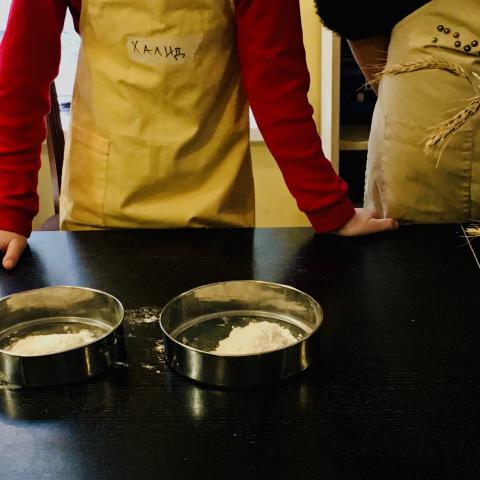 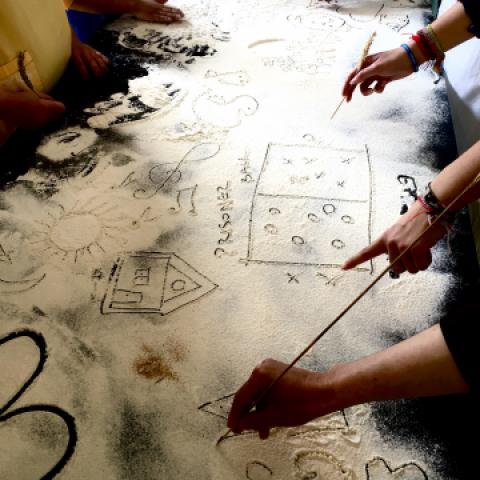 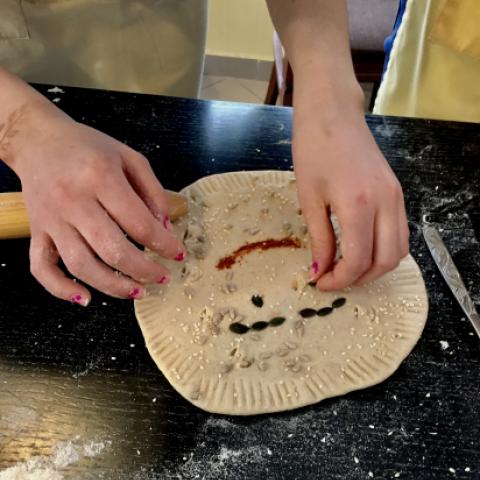 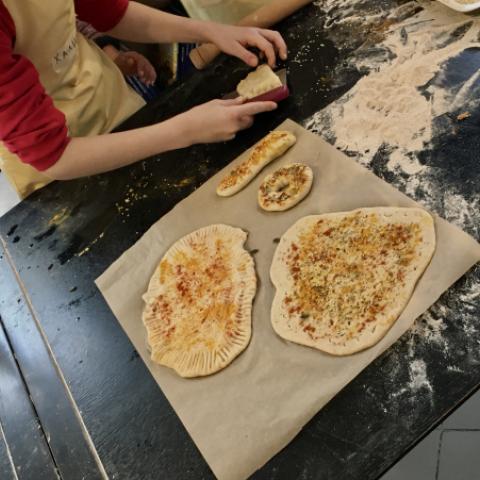